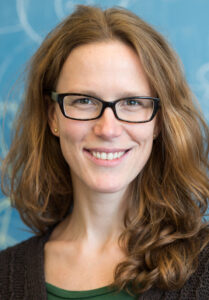 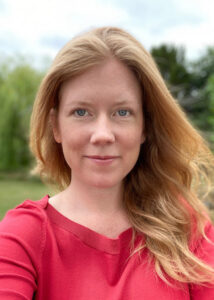 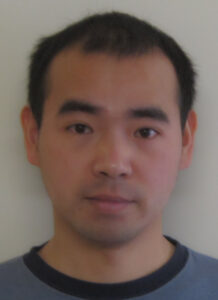 Laura DeMarco, Holly Krieger, and Hexi Ye are the recipients of the 2020 Alexanderson Award for their paper, “Uniform Manin-Mumford for a family of genus 2 curves,” which was published this year in the Annals of Mathematics. The paper grew out of the AIM SQuaRE, Dynamical Andre-Oort Questions.

In this paper, they study the geometry of surfaces and how each sits inside a 4-dimensional torus, called its Jacobian. There is a large set of special points in this Jacobian, its “torsion” points; but in the early 1980s, Raynaud proved that the surface will intersect only finitely many of these points. This finiteness statement was called the Manin-Mumford conjecture. Soon after, Mazur posed an important question about these surfaces, asking if we can bound the number of the special points on the surface only in terms of its genus (the topology of the surface), or if there is additional geometric information we need to know to control the size of this intersection.

Although not obviously related to number theory, much progress on questions of this sort has been made over the years with tools from algebra and arithmetic geometry. But Mazur’s question about a uniform bound remained elusive.

In this paper, DeMarco, Krieger, and Ye also employ arithmetic tools, but their novel insight was to use ideas from dynamical systems to finally provide a uniform bound on the number of torsion points in a special setting. They study a family of surfaces in genus 2 that map to pairs of elliptic curves (surfaces of genus 1), and they give a positive answer to Mazur’s question for this family. The proofs employ a quantitative version of arithmetic equidistribution to relate the heights (i.e., the arithmetic complexity) of the surfaces to the number of torsion points.

Read the online version of the paper here.

Due to the pandemic the 2020 Alexanderson Lecture was postponed and rescheduled for September 30, 2021.

Gerald (“Jerry”) Alexanderson, a member of the Santa Clara University faculty since 1958 and chair of the AIM Board of Trustees, died on December 16, 2020. During his time at Santa Clara, he was chair of the Mathematics department for 35 years and a member of the Faculty Senate Council. For thirty eight years he held the endowed Valeriote Professorship of Science chair. Known as an inspiring teacher and popular author, Alexanderson cultivated a passion for problem solving and creative thinking. He was the author of more than a dozen books, including textbooks in abstract algebra, and discrete and combinatorial mathematics. Alexanderson was the first recipient of Santa Clara University’s Bayma Award for Scholarship, and he received the Special Appreciation Award from the Dean of Arts and Sciences as well as the Special Recognition Award for Teaching, Research, and Service from the President of the university.

His influence was instrumental in AIM’s history and development from the beginning more than 25 years ago and continuing to this day. Just as he inspired students, Jerry inspired AIM to have workshops that emphasized problem solving and collaborations and he encouraged AIM to build an extensive library of important papers and books. However, Jerry’s contribution to mathematics extended far beyond his association with AIM. especially his leading and lasting role in the Mathematical Association of America (MAA). His contributions to the MAA spanned more than 50 committees and 24 years on the Board of Governors, encompassing secretary, vice-president, and president of the Association and editor of Mathematics Magazine. Results of this work include the remodeling of the MAA Carriage House in Washington, D.C., into its Mathematical Sciences Conference Center. In this time, Jerry served on the Science Policy Committee of the American Mathematical Society (AMS) and was a consultant to the Editorial Board for the Bulletin of the AMS. In testament to his expansive record, Alexanderson received the MAA’s most prestigious award for distinguished service to Mathematics, the Yueh-Gin Gung and Dr. Charles Y. Hu award.