This workshop and ICTP will focus on the L-functions of arithmetic geometry whose Euler factors are generically of degree higher than two. It will consist of a two-pronged approach combining theory and computations. This workshop will take place within the framework of a larger two-week ICPT activity.

Specifically, we will (mostly) concentrate on the L-functions of hypergeometric motives. These are certain one-parameter families of motives, which in one incarnation correspond to the classical hypergeometric differential equations with rational parameters. A prototypical example is the equation satisfied by the Gauss hypergeometric function $F(1/2, 1/2, 1; t)$ whose associated L-function is that of the Legendre elliptic curve $y^2= x(x-1)(x-t)$. Another example is the basic period of the Dwork pencil of quintic threefolds \[ x_1+\cdots+x_5 - 5\psi x_1 \cdots x_5 = 0 \] that plays a prominent role in mirror symmetry.

The approach to computing the L-function of these motives does not require the direct counting of points of varieties over finite fields nor the calculation of a corresponding automorphic form. Instead it uses a p-adic formula for the trace of Frobenius, which is a finite version of a hypergeometric function.

This approach has already proven to be quite efficient. However, some issues need yet to be resolved in order to tackle a broader class of cases (both higher conductors and higher degree of the Euler factors). On the theoretical side these include:

On the computational side some issues to address are: 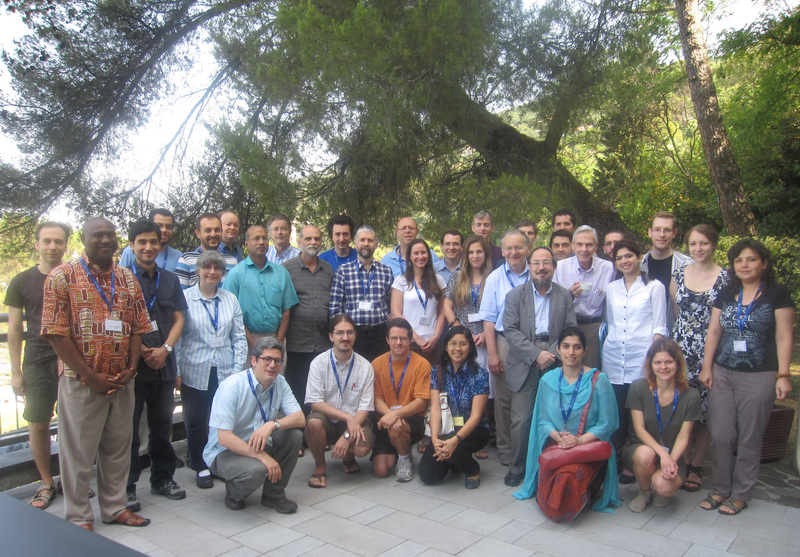