This workshop will be devoted to inner model theory and descriptive set theory. The main topics for the workshop are How to construct canonical inner models satisfying large cardinal hypotheses has been a central problem in pure set theory since the 1960s. In recent years, there has been encouraging progress on two broad fronts. This workshop is devoted to communicating and developing further the new ideas.

The first broad front concerns the construction of iteration strategies. Such constructions can be organized by the core model induction method. Here one combines core model theory and descriptive set theory so as to produce logically complicated iteration strategies and scales, via an induction on their logical complexity. The core model induction is our most powerful method for obtaining consistency strength lower bounds, and in many important cases (for example, in the lower bound problem for the Proper Forcing Axiom), it seems indispensable.

The core model induction method relies heavily on results which connect the hierarchy of scaled pointclasses in determinacy models (more precisely, models of $ZF + AD^+$) with iteration strategies and mice, via an analysis of the $HODs$ of models of $AD^+$. Grigor Sargsyan made important progress on this problem in his 2009 Ph.D. thesis. Sargsyan's work has been further developed, and applied in core model inductions, by several people since then. Nevertheless, the basic theory needed here is very much unfinished.

This workshop will explore its frontier. One key test question is whether the $HOD$ of an $AD^+$ model must always satisfy GCH; another is whether it can it satisfy moderately strong large cardinal hypotheses, such as "there is a Woodin limit of Woodin cardinals".

The second broad front on which there has been recent progress concerns the form that canonical inner models take when the large cardinals hypotheses are so strong that the embeddings associated to them must be represented by long extenders. W. Hugh Woodin has published some dramatic results on inner models with long extenders, in a series papers that won the Hausdorff medal of the European Set Theory Society in July 2013. We hope to communicate some of the recent work by Woodin and others in this area. 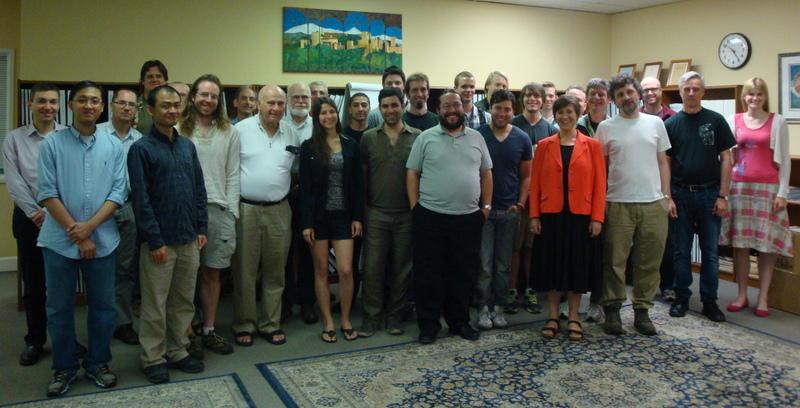