This workshop will be devoted to studying functions that preserve Loewner properties on (distinguished submanifolds of) the cone of positive semidefinite matrices.

Understanding complex multivariate dependencies and structure in very high dimensions is a fundamental challenge of the 21st century, and has applications in a variety of scientific disciplines. Covariance/correlation matrices are the most common measures of dependency used in such applications. In order to obtain sparse covariance estimators a recent approach that has shown much promise consists of applying entrywise functions to the entries of sample correlation matrices. This approach is immediately scalable to ultra high-dimensional settings. However, for this technique to be useful, it is important that the resulting matrices be positive definite.

The above problem turns out to be one of analysis on the cone, as compared to $L^1$-based optimization on the cone, with the latter being the standard approach to such problems. Analysis on the cone has a rich history and has resurfaced because of modern day applications. From a classical viewpoint, various notions of preserving positivity by applying functions (e.g., entrywise or via the Hermitian functional calculus) have been studied in the past, starting from the work of Schoenberg and Rudin, where the focus is on matrices of all dimensions. On the other hand, in applications one works only in fixed dimension. However, characterizing the functions preserving positivity in fixed dimension is only known in the $2 \times 2$ case and is a considerably harder problem. Thus, the broad mathematical question which the workshop will tackle, is to characterize the entrywise functions which preserve Loewner positivity, on positive semidefinite matrices of fixed dimension and on sub-families of matrices with specific constraints. Under the aforementioned broad framework, we have identified, among others, specific areas of focus. 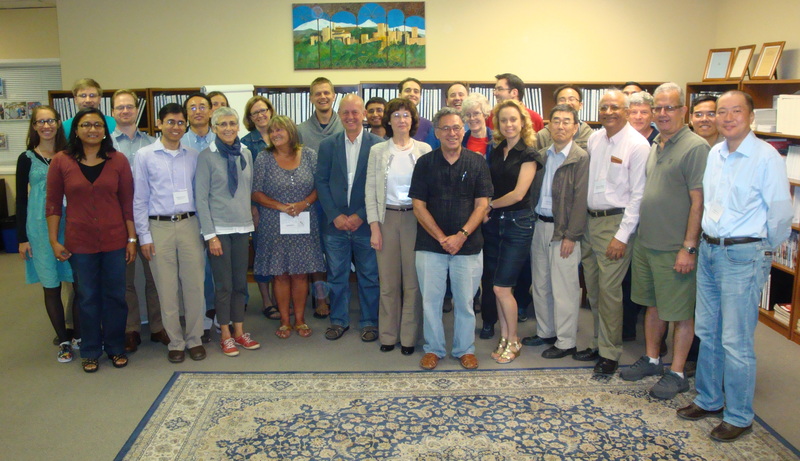