This workshop will be devoted to explicit methods for algebraic modular forms.

In the late 1990s, Gross made a careful study of automorphic forms on reductive algebraic groups over the rational numbers with the property that every arithmetic subgroup is finite, dubbing these algebraic modular forms. Many split groups have inner forms with this remarkable property; the prototypical example is the group of units in the algebra over the rationals defined by Hamilton's quaternions, an inner form of $GL_2$ over the rationals. By the Langlands philosophy, algebraic automorphic forms give an explicit realization of automorphic forms on higher rank groups that is particularly amenable to computation. When computing spaces of algebraic modular forms, the main workhorse is a suite of algorithms for lattices, specifically algorithms for isomorphism testing of lattices that respect a positive definite quadratic form.

The goal of this workshop is to bring together researchers in number theory, arithmetic geometry, algebraic groups, and lattices--in both their theoretical and computational aspects--to lay the foundation for general methods of computing spaces of algebraic modular forms for a large class of reductive algebraic groups.

One further goal of the workshop would be to initiate discussion and collaboration on open problems: what data should be computed, how would it be useful, and what are the interesting conjectural questions which need experimental evidence, where are the interesting Galois representations? The suite of algorithms that we seek to develop will be designed to help researchers develop insights into the Langlands program. In particular, since the algebraic modular forms make sense in any characteristic, the ability to compute with them should serve to guide and provide evidence for the conjectures of the nascent p-adic and mod p Langlands programs. Further, although lattices algorithms are important tools for the computational theory of automorphic forms, the connections described above work equally well in the other direction--explicit knowledge of spaces of automorphic forms gives information about the existence and structure of lattices. 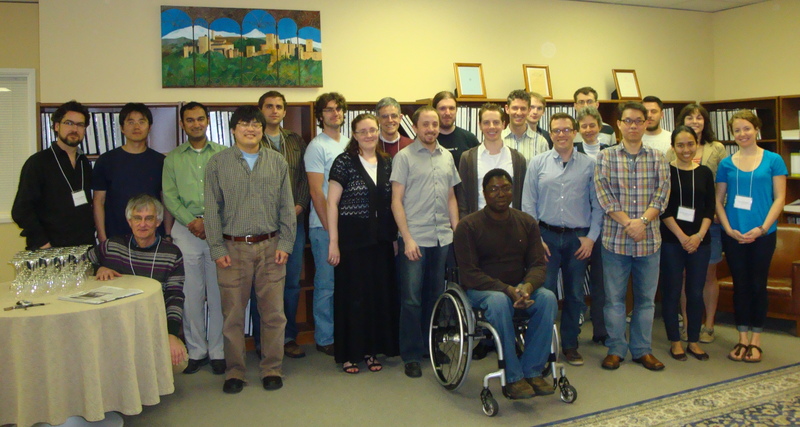