This workshop will be devoted to outstanding problems that are in the intersection of frame theory and geometry. Frames are families of vectors in Hilbert spaces which provide stable expansions. These families are more general than orthonormal bases because they can incorporate linear dependencies. Applications in engineering, quantum theory and in pure mathematics have lead to several design problems for which optimal frames satisfy spectral as well as geometric properties. The simplest frame design problem, the construction of equal-norm Parseval frames, can be rephrased as a minimization problem on a Stiefel manifold. Similar reformulations exist for the construction of equiangular tight frames, including the special case of symmetric informationally complete positive operator-valued measures in quantum information theory. Another design problem with geometric character is that of frames for phase retrieval; these frames allow the recovery of a point in complex projective space based on the magnitudes of its frame coefficients.

Recent advances on these types of problems have incorporated more and more geometric techniques in their analysis. A strong interaction between researchers in frame theory with those in real and complex geometry, algebraic geometry and algebraic topology is expected to boost progress on these outstanding problems.

Particular topics envisioned for the workshop are the following:

Finding minimal frames with this property is an open problem. 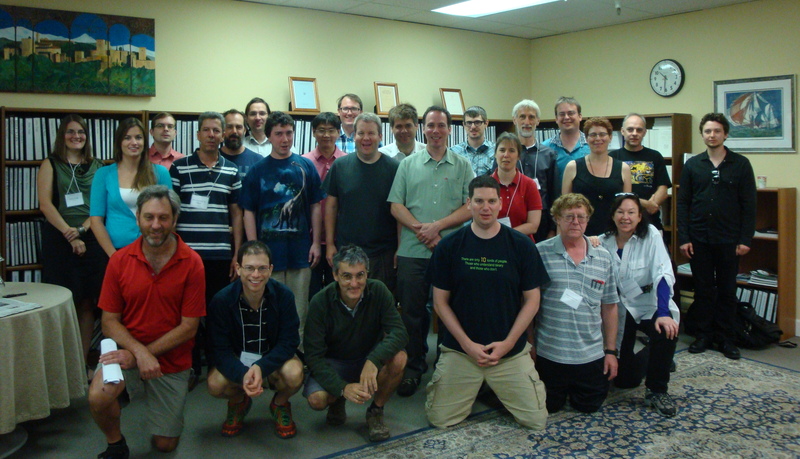