This workshop will focus on the current interactions of Gromov-Witten invariants and number theory.

A concurrent development has been happening in number theory, in particular on Shimura varieties. Shimura varieties (e.g. modular curves) have naturally defined cycles. The generating functions of these cycles provide a very interesting way to organize and study these cycles. It was first studied by Hirzebruch and Zagier in 70s in their seminal work on intersections on Hilbert modular surfaces, which was then grandly extended by Kudla and Millson in 80's to Shimura varieties of orthogonal and unitary type. They proved that the generating functions of the `special cycles' are modular forms if you look at their cohomology. In 90's Kudla, inspired by his `so-called' Kudla program, conjectured that the generating functions are actually modular forms in Chow groups. In divisor case, this was proved by Borcherds in 1999, and the general cases are `almost true' by Wei Zhang, and later Xinyin Yuan, Shou-Wu Zhang, and Wei Zhang. Kudla went a lot further, and defined Green functions for the divisors (the case for general cycles are still open), and conjectured that the generating functions are `holomorphic' part of `quasi-modular forms' (in number theory, we called them non-holomorphic modular forms, Harmonic weak Maass forms, ... depending on the occasions).

One of the most noticeable recent developments in theory of modular forms was inspired by Ramanujan's last letter to Hardy about Mock theta functions. Zagier, Zwegers, and Ono initiated in the early 2000's a study of the class of Mock modular forms, explaining Ramanujan's observation and finding many new examples of Mock modular forms. They, along with Kathrin Bringmann, and others, developed the foundations of the theory. Roughly speaking the key question is, given a holomorphic generating function $$ g(\tau) =\sum_{n=0}^n a_n q^n, \quad q = e^{2 \pi \tau}\ , $$ where $\tau =u + i v \in \mathbb C$ with $v >0$, when and how to extend it to a `non-holomorphic' modular form $$ f(\tau) =g(\tau) + \sum_{n \le 0} a_n(v) q^n. $$ Zagier and collaborators have studied examples in which Mock modular forms occur as generating functions for Bogomol'nyi-Prasad-Sommerfield ground states, which are in simple situations directly related to generating functions for Gromov-Witten invariants. The current interactions of Gromov-Witten invariants and number theory is still in its early stage. But it has already touched on many deep aspects of both fields such as Gromov-Witten classes and cycle valued modular/automorphic forms. 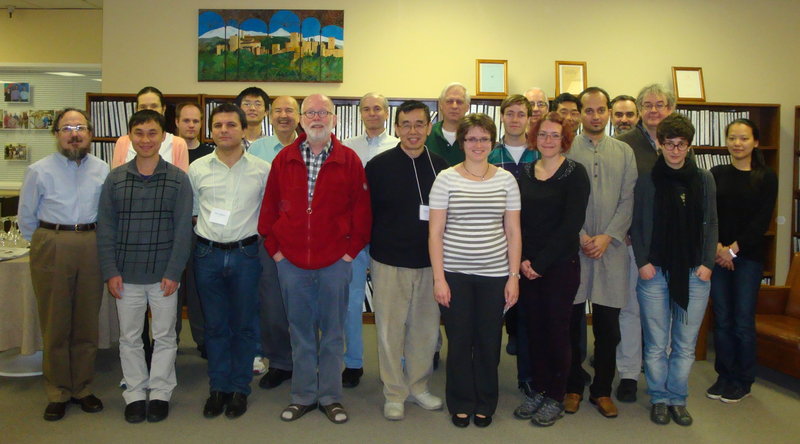