Painleve equations and their applications

Random matrix theory has provided a rich set of statistical results and tools for analyzing the eigenvalues and value distribution of characteristic polynomials of Hermitian matrices and related statistics of matrices in the classical compact groups and the connections to Painleve equations in many settings is now well understood.

Several problems in number theory also have behaviors that are governed by Painleve equations. Besides the spacing distribution of zeros of $L$-functions, the Painleve arise in the asymptotics of the moments of the derivative of the Riemann zeta function, and in the moments of the average of the $k$-th divisor function in short intervals. One goal at the workshop would be to bring techniques from the world of Painleve to better understand the behavior of these asymptotic formulas, for example to obtain, in the latter problem, uniform asymptotics for the constant factor (as a function say of $k$ and the size of the interval) in the moments. Another area worth exploring is the appearance of the Chazy equation, a third order non-linear differential equation, in relation to the Eisenstein series $E_2$. Finally, Bourgain, Gamburd, and Sarnak have found connections between the non-linear affine sieve and the classification of Painleve VI equation that have finite monodromy.

Other questions of interest involve describing statistical quantities that exist more directly in random matrix theory at the level of finite, fixed size matrices. For example, finding expressions for determinants of non-classical Hankel matrices that depend on parameters, (or with perturbed weights) are related to Painleve equations. This problem is in turn related to the study of gap probability for finite ensembles of matrices. In this setting, a double scaling limit is the quantity of interest. Recent results have used a 'ladder technique' to find such expressions. We hope to discover how to make this technique as systematic and transparent as possible. 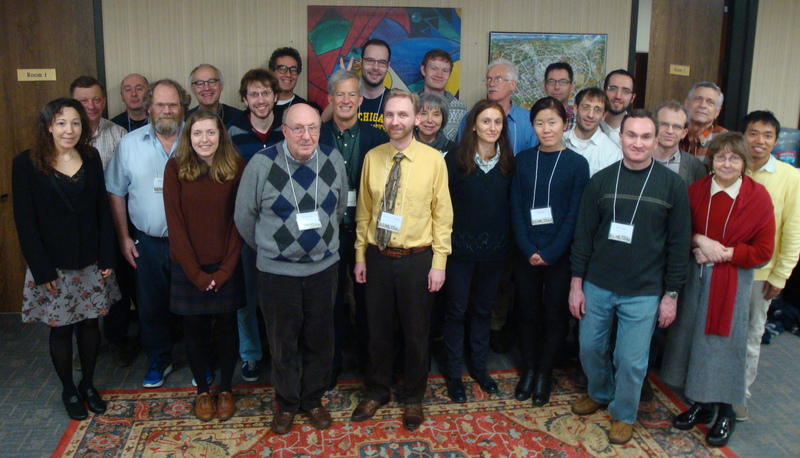