This workshop will focus on low (Hausdorff) dimensional structures in differential delay equations with state dependent time lags. The study of such structures seems to offer the best hope of progress in the broader field. We mention some examples below.

Periodic solutions of differential delay equations often play a central role in understanding the dynamics of the equations, but even proving existence of such solutions may be nontrivial. Related problems include uniqueness and stability questions, regularity (real analyticity) of solutions, and limiting shapes of periodic solutions under singular limits. Nontrivial examples are already provided by equations such as $ax'(t) = f(x(t), x(t-r))$, where $a > 0$ and $r := r(x(t))$, and $f$ and $r$ are given functions.

The local theory of invariant manifolds is reasonably well-developed for differential delay equations with constant time lags, but extending the theory to the state dependent case presents difficulties, e.g., in proving higher order differentiability of invariant manifolds. Related problems are also present for compact attractors, which are typically known to have finite Hausdorff dimension in the constant time lag case, and suspected so for the variable time lag case.

The presence of a Morse decomposition for the maximal attractor occurs for certain classes of systems with a single delay, or a cyclic structure, with a signed feedback. Many such systems, under generic conditions, are of Morse-Smale type and much effort has gone into studying their global structure. Broadening these results to systems with multiple delays is a major open question of much significance, both for the theory and scientific applications.

One goal of the workshop will be to bring together established figures in the field with younger researchers who may become the next generation of leaders. Since many of the equations which have been extensively studied have their origin in simplified models from applications, another objective is to facilitate conversations among researchers with widely varying degrees of interest in applications. We expect significant and fruitful advances in the field to emerge from these interactions. 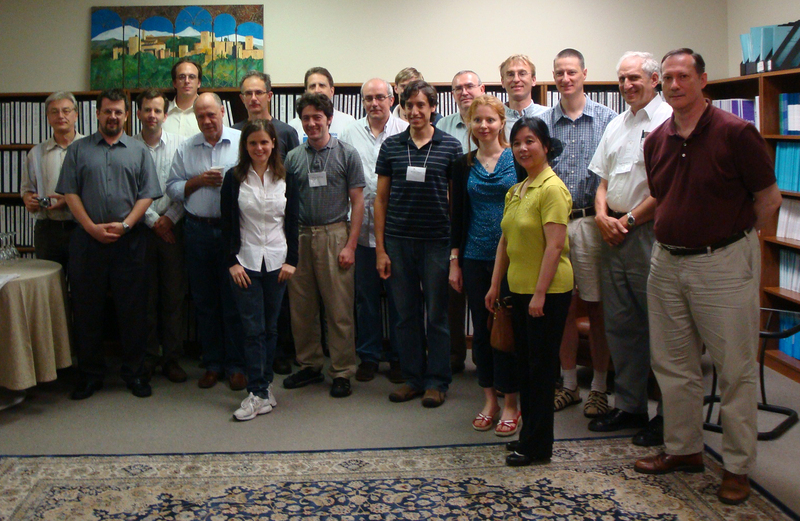