This workshop will be devoted to mathematical challenges in quantum field theory.

In the late 1980's, just as classical constructive quantum field theory, with its goal of understanding the mathematics underlying modern physics, was reaching this peak, intuitive but non-mathematical functional integral methods originating in physics assumed, through the work of quantum field theorists led by Witten, an increasing importance in geometry, topology, and other areas of mathematics. Results obtained in ths way could often be stated as mathematically precise conjectures, and often rigorously proved as theorems, giving rise to entirely new and unexpected ideas and even entirely new fields of mathematics. Nevertheless, the mathematics underlying Witten's methods was not generally amenable to classical methods of constructive quantum field theory, or, for that matter, to any currently known form of mathematical analysis. As a pseudo-historical analogy one might imagine a page of exercises from a calculus book drifting into an ancient Greek academy. The results on this page could be stated and verified by geometric methods; underlying them would be undiscovered ideas which made these results into mere exercises. We are similarly in the presence of a gift from fairyland whose nature we have not been able to comprehend; even reasonable conjectures would be a very valuable contribution.

The main focus of the mathematics community during this era has been on independent development of the many mathematical fields arising from Physics. Nevertheless, many workers in various areas have tried over the years various approaches to understanding the mathematics underlying quantum field theory, and later, string theory. The purpose of this conference is to bring together the multivariegated group of workers in this field and to create an opportunity for them to learn of others' approaches and build on them. 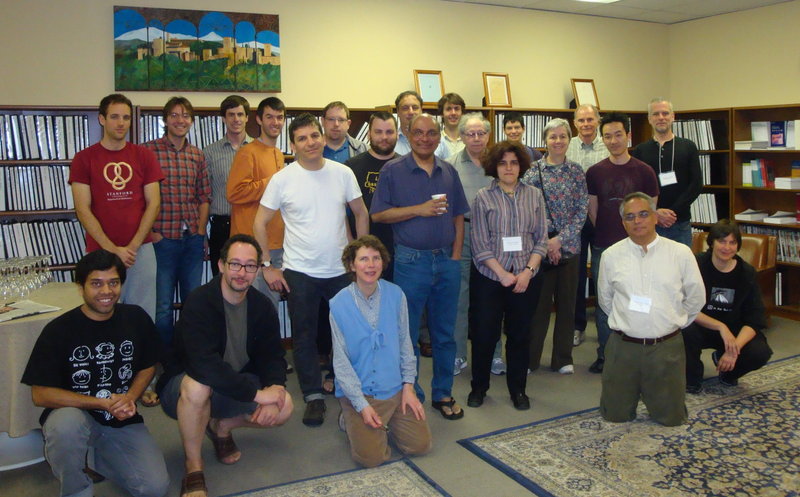