This workshop will be devoted to the study of geometric properties of convex bodies based on information about sections of these bodies. Results in this direction have important applications to many areas of mathematics and science. A new approach to sections and projections of convex bodies, based on methods of Fourier analysis, has recently been developed. The idea is to express geometric characteristics of a body in terms of the Fourier transform and then use methods of harmonic analysis to solve geometric problems. This approach has led to several results including Fourier analytic solutions of the Busemann-Petty and Shephard problems, characterizations of intersection and projection bodies, extremal sections and projections of certain classes of bodies. The most recent results include solutions of several longstanding uniqueness problems, and the discovery of stability in volume comparison problems and its connection to hyperplane inequalities.

We propose to bring together leading experts in the area and young researchers to discuss further development of the Fourier approach to sections of convex bodies, with focus on uniqueness problems, stability and hyperplane inequalities. We are going to start by collecting results and open problems on determination of convex bodies by volumes of certain classes of hyperplane sections. In the cases where convex bodies are uniquely determined by this data, we ask the corresponding volume comparison problem, namely if volumes of all sections from a certain class are smaller for one body than for another, is it true that the volume of the first body is also smaller. If the answer to a volume comparison problem is affirmative, we ask a stronger stability question and, if possible, apply stability to derive hyperplane inequalities in the spirit of the Hyperplane Conjecture, one of the most important open problems in convex geometry.

Sections of convex bodies, statistical estimation and (in) stability by Rademacher

`Convexity' of Intersection Bodies by Kim

GEOMETRIC TOMOGRAPHY: Sections of Convex (and Star!) Bodies by Gardner 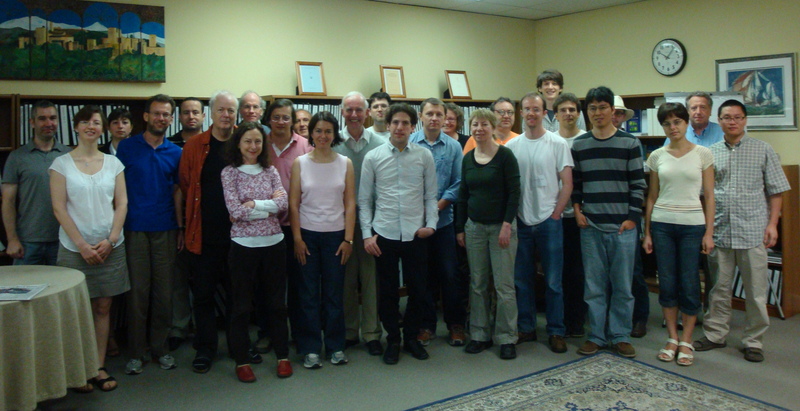